In conversation with founder Romy Kowalewski Well-educated, well-connected, well-informed. Generations Y and Z have a wealth of opportunities at their disposal but at the same time face the problem of deciding what among all these is really important to them. Romy Kowalewski is a millennial who has not only discovered what makes her passionate but has also managed with a clear eye to make it her profession. Taking as her maxim „discover the new within the now“, the businesswoman has designed her label 27 87 to appeal to everyone who wants to break with convention and strike out on new paths. Her fragrances accompany their wearers, both female and male, as they strive to realise their own dreams, aspirations and goals. We’ve been able to converse with her about her career, the unrecognised potential of fragrances and the courage to be unconventional. 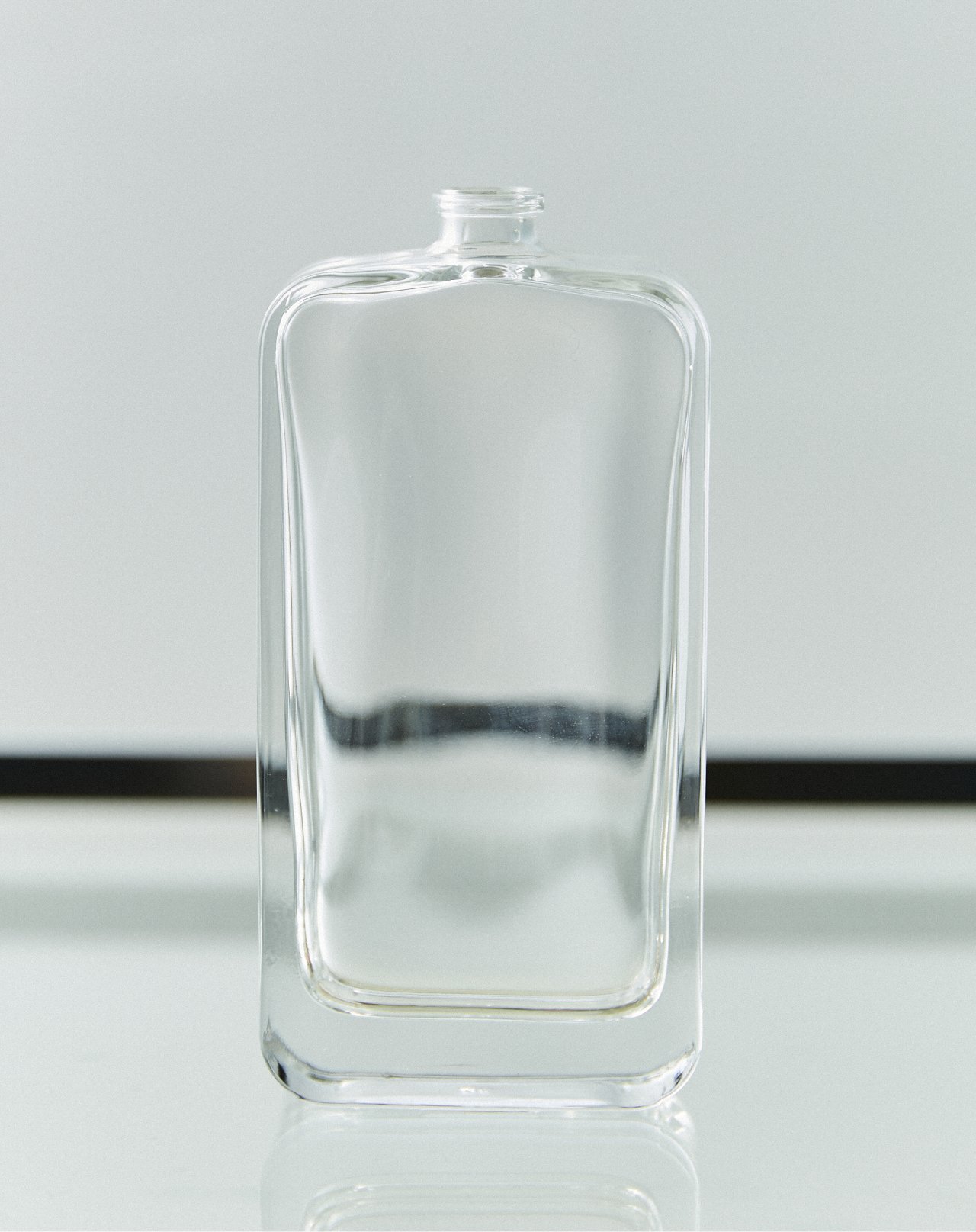 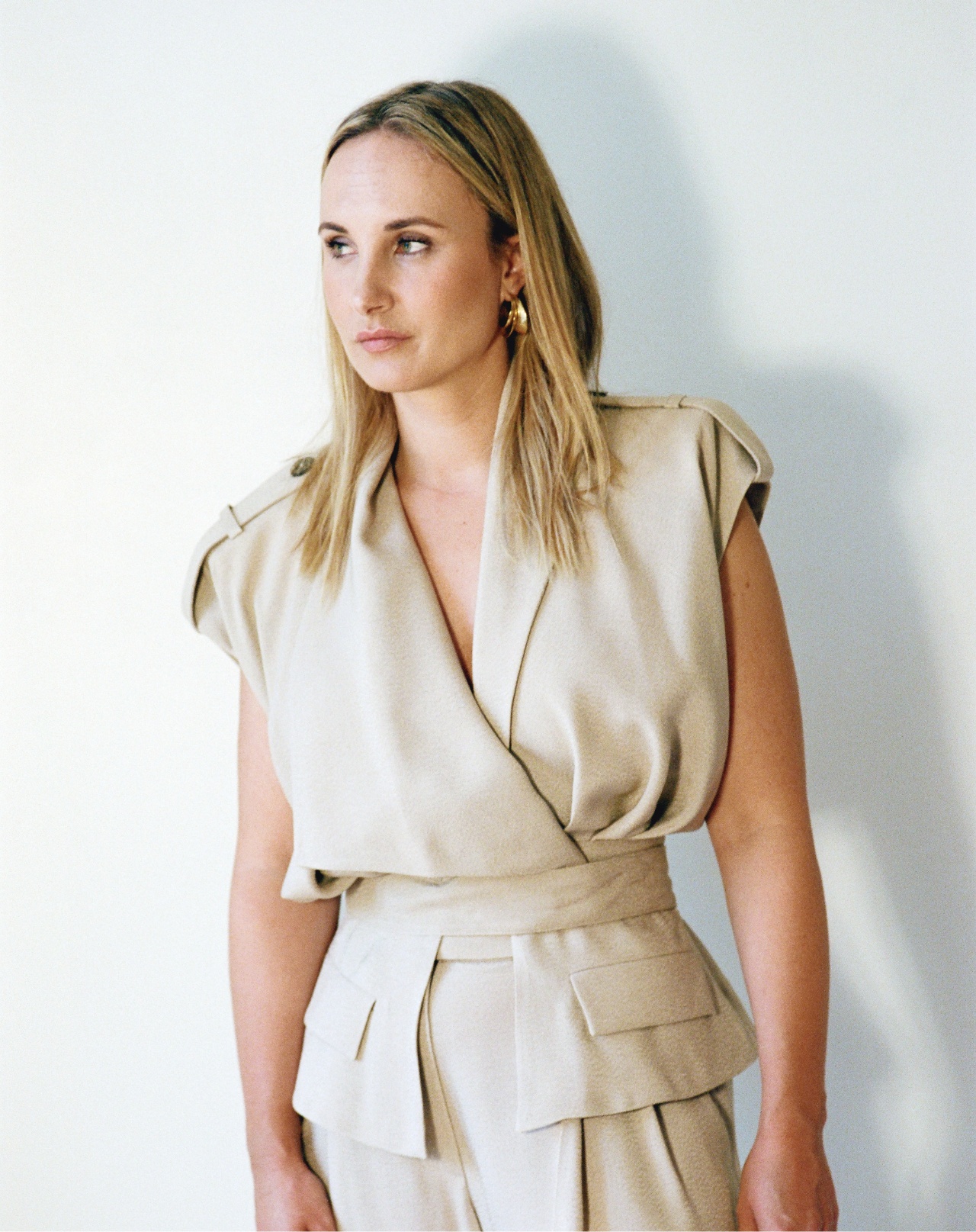 „Chemistry as an art form“ – these are the words used by Romy Kowalewski to describe her craft. The profession of perfumer – other than one might naturally suppose – actually involves far more than just being creative. In addition to the ability to come up with unique ideas for new perfumes, an extensive knowledge of chemical substances and fragrances is essential. That is why many enter the perfume sector after studying chemistry; the necessary specialist skills subsequently have to be acquired at exclusive perfumery academies. However, there are very few such perfumery academies and the available places for students are necessarily limited. The prestigious Institut Supérieur International Du Parfum in France, for example, accepts only between 12 and 20 applicants every year. And the number of those who go on to make names for themselves as Master Perfumers is correspondingly modest; in fact, there are more people in the world who have been astronauts.

Perfumer is not the kind of profession anyone can learn with sufficient application and patience because, although we experience our environment to a large extent with the help of our noses, too many of us are ‘nose blind’ claims Romy Kowalewski. Of all our senses, the sense of smell is probably that which is most underrated. There are various reasons for this. Fragrances are, after all, neither tangible nor visible. And the world of odours is largely left out of our education: we learn languages and cooking, how to interpret music and art and might ourselves become artistically active - but we do not bother to train our sense of smell.

From senses to scents.

Romy Kowalewski, on the other hand, inherited as it were her affinity with fragrances. She grew up as the child of bakers and thus her sense of taste and smell were disciplined while she was still young. Every day newly created bakery products were given to family members to try. To ensure their judgement was in no way biased, they were never told what ingredients had been used. And this is how little Romy soon learned to identify different aromas and flavours. „Every tiny nuance was important, as it was the love of detail – in other words, the slightest differences in taste – that would determine whether a product would be a success or a failure. The process of developing fragrances for my perfumes is no different to this,“ she explains.

Her fascination with scents grew over the years and while she was still at school it was her own created perfume she wore that made her instantly recognisable. „For me, what was so appealing was the thought that this scent belonged to me alone and could never be associated with anyone else,“ she recalls. In this lay the origin of her own perfume label 27 87. Just 26 years of age, she went to Paris to realise her dream and started to look for investors. This was a major challenge: she had to convince other people to put their money into something that you could neither see nor touch and, as yet, not even smell. For this she needed determination and staying power. It is not surprising that her personal mantra is „Just do it – with a pinch of no risk, no fun“.

After two years of searching, Romy Kowalewski found the necessary backing and was able to commence with developing her design and production. And her staying power was subsequently to also stand her in good stead. To additionally finance her undertaking, she took on a permanent job in marketing – that is, until she managed to launch her brand in 2016. Since then, the reputation of 27 87 has evolved inexorably; the perfumes of the label are now sold in 23 countries throughout the world. Key to the success is the team behind it. Competition in this sector is tough and a wide range of expertise is required to build a brand. Namely the skills needed to produce, market and distribute the scents. „If you want to be outstanding in the perfume sector, you need the right team,“ concludes Kowalewski. 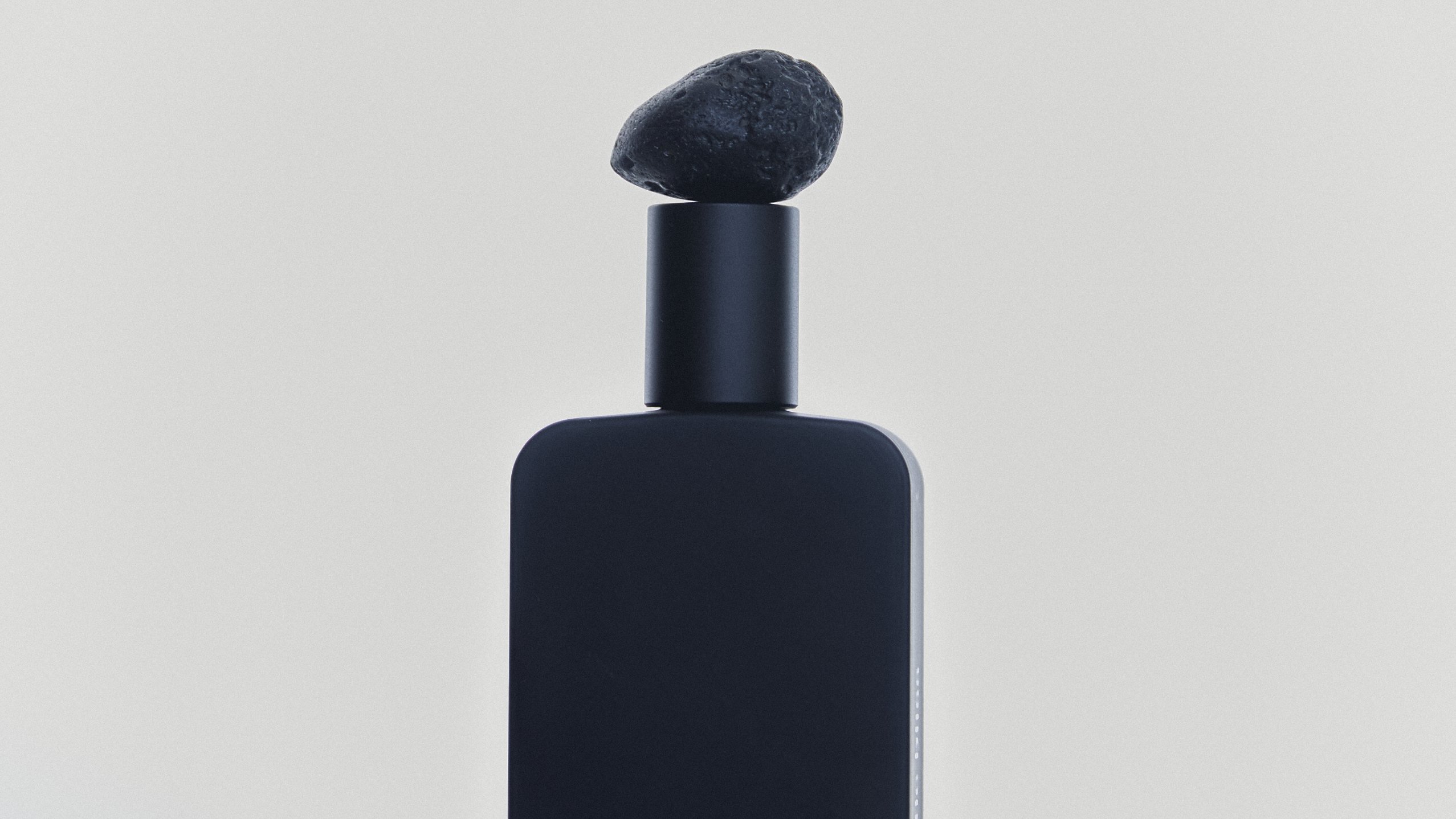 In the form of her 27 87 label, Romy Kowalewski has interpreted the crafts(wo)manship of perfume making anew for the 21st century. Her ideas for her fragrances come from her own life, from her travels and the many different people she encounters. Moreover, her ambience, Barcelona her current home and – most particularly – recent events play important roles here. In short, the sources of her inspiration can be found in the here and now. Recently, surrounded by the odours of grilling foods on a barbecue, the idea came to her for a new fragrance that was to be as specific as the situation.

But, as well as outside influences, a lot of her personal background informs her creations. The name of the brand references her date of birth – something very private to her. In addition, the numerals ‘27 87’ allude to the unusual sizes of the two flacons in which her scents are sold: these have a capacity of 27 ml and 87 ml, rather than the standard 30, 50 and 90 ml sizes in the perfume industry. Their design is similarly unconventional. For her label, Kowalewski does not put an emphasis on elaborate packaging or marketing as is usual in this sector. Instead, the 27 87 perfume flacons are characterised by their clear-cut, minimalist outlines that are designed to focus attention on the contents. Figuratively speaking, the white flacons represent blank sheets of paper on which wearers can ‘inscribe’ their own associations with the fragrance and thus make it fully their own. It is with this in mind that Romy Kowalewski describes her fragrances as „perfumes with no recall or past“.

The courage to be unconventional.

While major perfume labels tend to follow recent trends to ensure they appeal to the mainstream, Romy Kowalewski prefers to accentuate character and individuality. „I seek the unconventional in all aspects of my life. And I don’t hold back in that respect when it comes to my fragrances. Just as is the case with music and other forms of art, there is always the option to break with convention.“ Thus, the main ingredient of her fragrance ‘Wandervogel’ is the nana mint widely used in Morocco, and mint has very personal implications for Kowalewski: „We used to collect fresh mint and then brew our own tea at home from the dried leaves.“ Ignoring the fact that mint normally does not figure in haute parfumerie products, she has deliberately here put the spotlight on its refreshing and energising scent.

Often it is the unconventional scents or those with negative connotations that give her overall concepts that certain something. In the case of ‘Sónar’, the scents of vanilla and bergamot are paired with an odour of burned rubber, something that at first might seem most peculiar. It is only when you know that this is a recreation in fragrance form of the spirit of the ‘Sónar’ electronic music festival in Barcelona that the unusual combination starts to make sense. By the way, bergamot and vanilla are not only popular ingredients in perfumes but also play leading roles in the composition of certain sorts of tea. The EARL GREY produced by Avoury is given its distinctive aroma by means of the addition of high quality bergamot oil from Calabria. In our MUMBAI CHAI you will be able to taste hints of vanilla in addition to cinnamon, cardamom and clove that not only provide the tea with a fascinating flavour but also ensure it produces a superb aroma when in the cup. 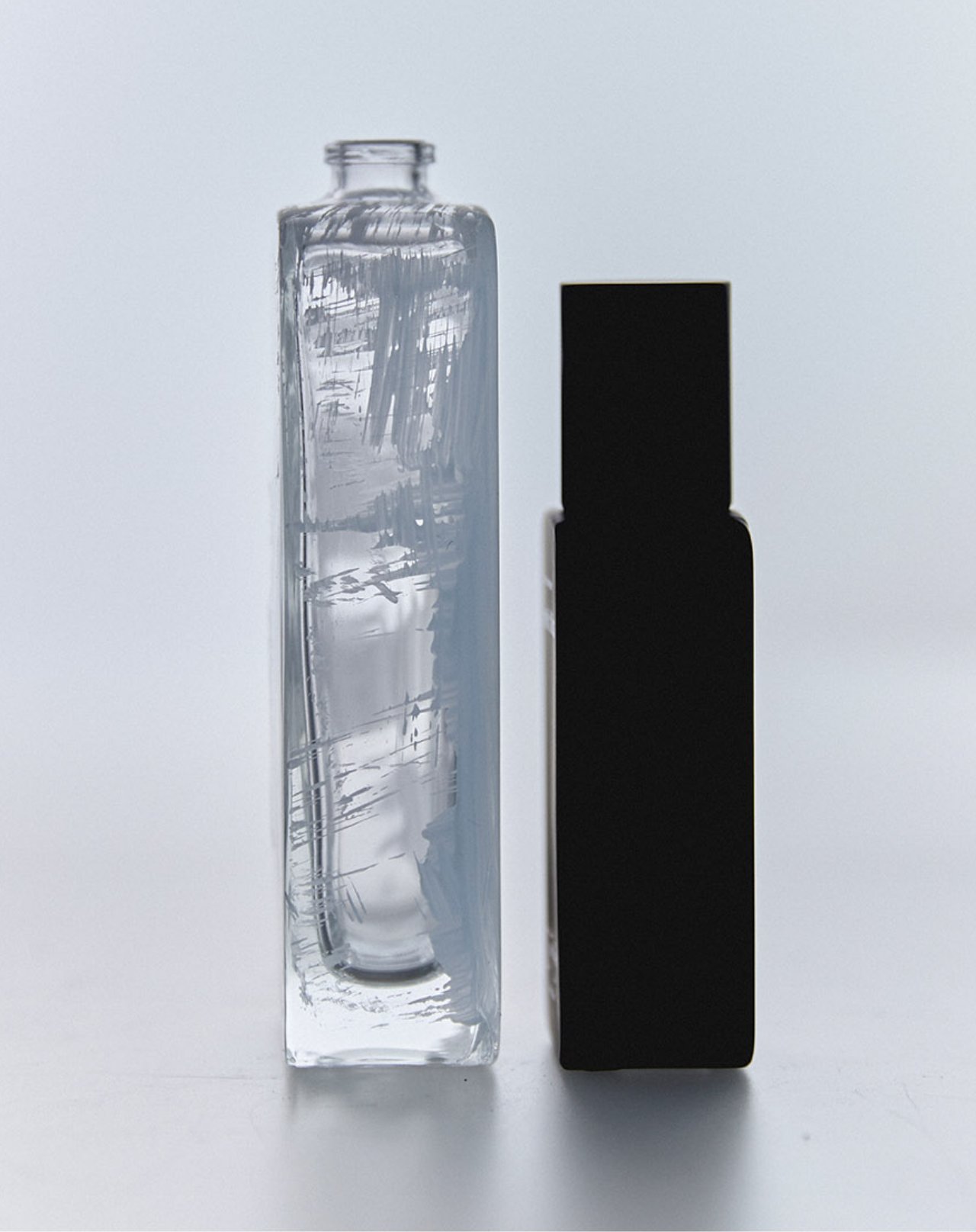 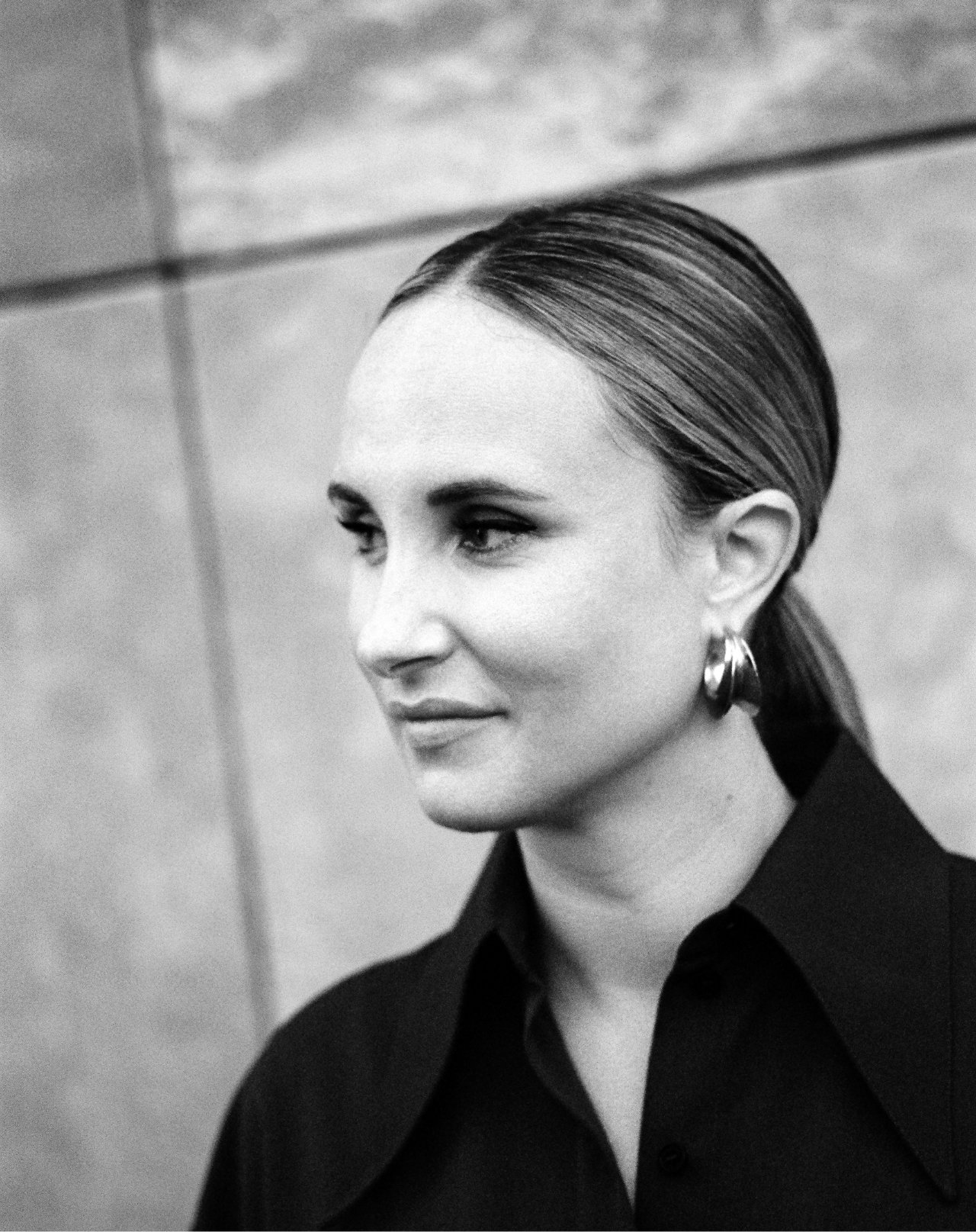 Finding your own scent.

So how do you find out what scent suits you best? Romy Kowalewski has a short and straightforward answer to this: „Just follow your nose.“ It is not important what others consider to be an ‘attractive’ fragrance. Choosing a scent is a decision private to each individual. It is necessary to bear in mind that a scent tells others much about who you are, how you feel or want to be perceived. What might help you select a scent is to experience it „in action“; in other words, wear the perfume you want to try out on a specific occasion, such as trip, an evening with friends or a meeting. You will thus unconsciously associate initial memories with it and this might aid you to subsequently make your choice. To date, there have been four scent ranges of 27 87 that are designed to reproduce different moods and situations. And what new shores does she see her fragrance voyage making for next? This is a question that is preoccupying her a good deal at present, Romy Kowalewski admits. It is true that the present provides her with much of her inspiration but with an eye to the future she believes that her label has considerable potential for further development. For her what is ultimately of relevance is „in the here and now to remain receptive to innovation“.

Get the news about the now